(Blackface, Silverface, and all re-issues – including 65 and 68)

The Deluxe Reverb might be the most popular amp on the planet, and with good reason. It has been used by just about everyone because of its great versatility, from the cleanest cleans to that beautiful Fender crunch. 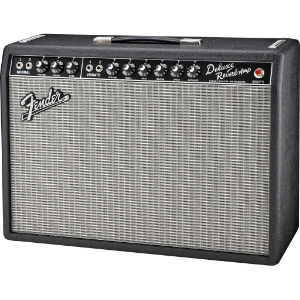 The 12F150 is the quintessential speaker for the Deluxe Reverb for the classic Fender tone. Sparkly highs, big tight bass, and a mid-scoop that had become very well-known as the “Fender” sound.  Plenty of presence on the treble without being an icepick machine.

The 12F150B is a more British take on the 12F150. In fact it’s a 12F150 with a British cone. Same tight, powerful low end as the 12F150, but with more emphasis on the midrange and less on the treble.  More of that traditional British “chime” on the top as opposed to the Fender “sparkle.”