The story of the Lenora 6G3, by Jamie Thompson 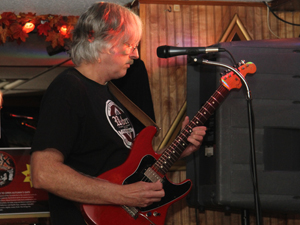 Hello Friends of Weber Speakers and fans of the late, great Ted Weber!

In the early 1980s I had one of the best guitar amps I ever owned (and I’ve gone through lots of them!). It was a mint condition, brown, 1960 Fender “Deluxe amp,” aka the 6G3. It had a gorgeous clean tone at low volume, but when I cranked it up it transformed into a ferocious, spitfire, saturated tone machine with no equal! A techy friend of mine and I once opened it up to see what was in there. I was surprised to see that it wasn’t all that complicated of a circuit and I remember remarking that it would be pretty easy to build a 6G3, if one had the parts. I’m sorry to say that I traded it away in the mid-1980s in a moment of financial crisis – a phenomenon well-known to us guitarists – and I have regretted it ever since. Over the years the 6G3 has become my dream amp, my paradise-lost. Unfortunately, original ones are now highly collectible and very expensive.

At the recommendation of my friend, Dave, I first went to tedweber.com back in the spring of 2006. As I perused the amp kits I wondered if they had a 6G3 clone. Although I had formal training in electronics, I wasn’t very familiar with the fine details regarding classic tube amp circuitry. So, I didn’t know which Weber kit may or may not have been similar to, or the same as my lost 6G3.

I bought a 5E3. My hope was that it would sound something like my 6G3. Although the 5E3 is a wonderful amp, it wasn’t very similar sounding to my 6G3… and I wondered why. That was when I started studying schematics and reading about tube guitar amps. I started asking Ted Weber questions via email and we developed a nice correspondence. Before long I was able to look at the 6G3 schematic with a more discerning eye and I realized that it had some unique design features that set it apart from other classic amps.

I got the amp builder bug and started building and selling Weber amp kits. After I showed my build pix to Ted Weber he asked me if I would do some special builds for him. I built several special amp projects for Ted Weber that challenged me to be creative, innovative, and experimental with vacuum tube circuits and designs. Straight away I learned that, if one is going to build an amp that has no documentation, one must take the time to create the proper schematic, layout, and bill of materials (BOM), if one wishes to do it right the first time. 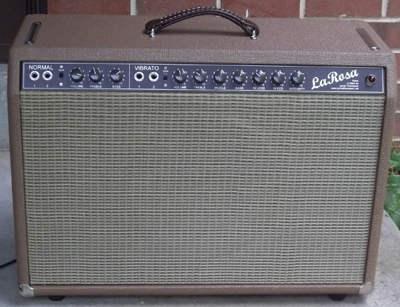 A few months before Ted Weber passed away I came up with an amp design that joined a modified AB763 preamp section to the poweramp section of the 6G3. It was a very cool amp! I shared the design with Ted Weber and he really liked it. He suggested I hold to his tradition of naming original Weber amp kits after female family members. So, I named it “The LaRosa” – after my wife’s maiden name.

I wrote about the central role the 6G3 poweramp design plays in the LaRosa amp on my website, www.jamiethompson.net. Soon thereafter I was contacted by a fellow in Denmark who asked me if I would please make him a faithful clone of the original 6G3. I jumped at the opportunity! The closest thing to the 6G3 Weber Speakers offered on their website was the 6A14. So, I decided to use my best Ted Weber special projects skills to re-engineer the 6A14 platform and bring my dream amp back to life.

My 6G3 project was a huge success! I was stunned at how the clone, made with all stock parts from Weber, sounded just like the original one that I had all those years ago. I loved it, and my customer in Denmark was ecstatic!

After I tearfully sent my 6G3 clone over the pond I decided to offer the schematic, layout, and BOM to our friends at Weber Speakers as a “thank you.” I came to Weber Speakers seven years ago dreaming of the 6G3. Were it not for Ted Weber taking me under his wing, and were it not for Weber Speakers’s kindness and continuing support of my amp building efforts since Ted Weber’s untimely demise, my dream of bringing my 6G3 back to life would never have happened. 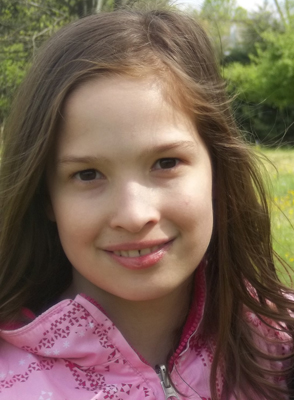 Once again, holding to Ted Weber’s tradition of naming amp kits after female family members, TA suggested that I name my dream amp after my dream girl – my eleven year old daughter, Lenora.

And so, friends, that’s the story of how the Weber “Lenora 6G3” came to appear on the list of amp kit offerings from Weber Speakers.

Please build and enjoy one fabulous little amp from the brown era. The “Lenora 6G3,” aka the classic 6G3.

PS: the “Daisy Chain” switch is a feature that my customer in Denmark wanted. When switched on, the user may plug his/her guitar into the Normal Channel and find the guitar signal in both channels, allowing the user to blend the tones.

PSS: The voltages marked on the schematic are ideal values. It isn’t likely you’ll build a 6G3 clone that has those precise voltage measurements straight away. The power supply voltage divider resistors marked “R40” and “R41” can have their ohm values tweaked to get your particular amp as close as possible to the ideal measurements. You have to strike a balance between them with experimentation. 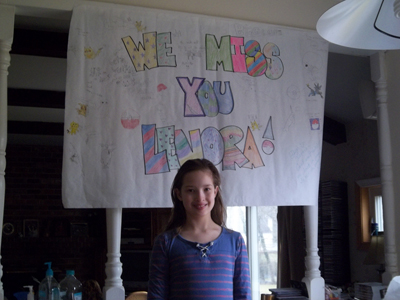 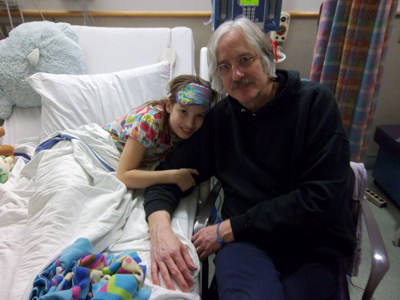 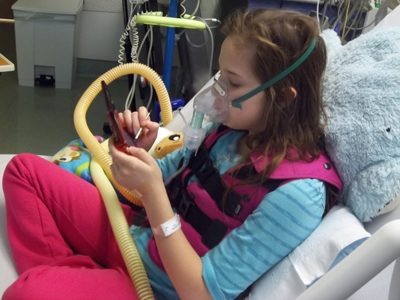